I assumed Valdiven was just another powercamper stinking up the swamp on his way to Lower Guk. "Good luck camping your Flowing Metallic Ykesha Sash" I muttered to myself as I started an attack. But before I could finish casting e-bolt, I noticed Valdiven was actually chasing after a halfee. I interrupted my casting and watched the halfee die from Vald's lethal DoT. Valdiven then shouted to the zone: "I'm putting my life on the line to defend the swamp!"
We've been buddies ever since.


So then swamp defense consisted of a Troll shaman and Blueberry Elf necromancer. Two pets, speed buffs, loads of unresistable spells... and.... well, Iain (a 52 barbo rogue) summed it up well after a short meeting with us:

Kinek is a purple dwarf, as well as a member of the Begotten. You know Begotten, the scary warlord guild. They post threats on messageboards (mostly Everquest related). 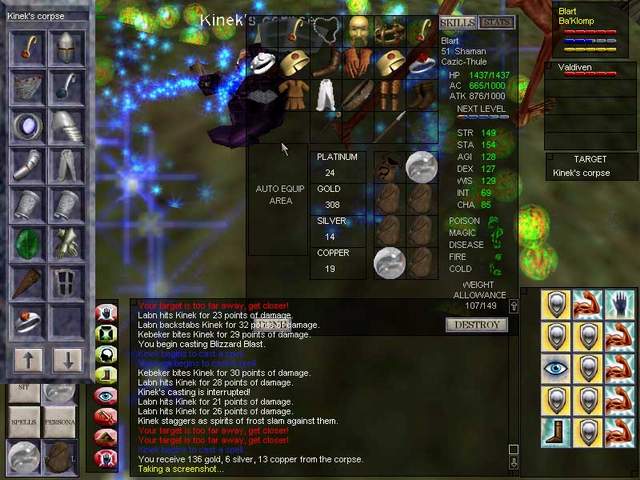 Later two Begotten members and several of their followers stumbled into the swamp, presumably because we killed Kinek. The smacktalk started immediately, with Velkajei's request for nutsacks on his chin (or something to that effect) being the most notable. Vald and I were low on mana so we took cover behind the guards to meditate. 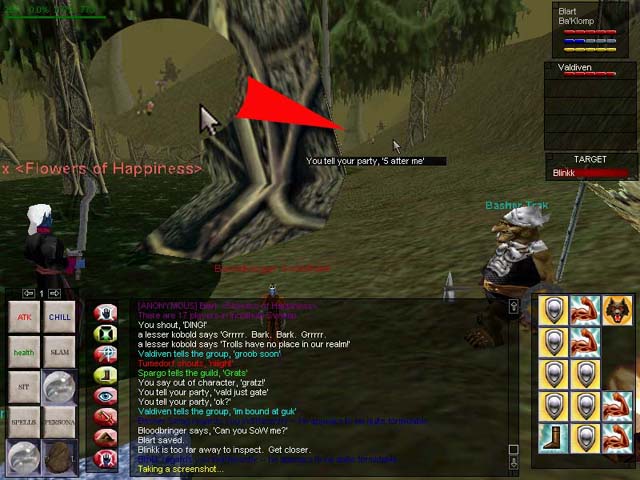 Summoning pets, buffing, and medding back to full takes a long time. A few of the powercampers got bored and left, but four of them were still waiting by the time we were ready.

How To Kill A Warrior, Cleric, Enchanter and Necromancer

We found the four powercampers sitting in a circle by Guk.
I stuck to the textbook and attacked the healer first... ...while Valdiven went straight for the warrior The last two were resourceful and died in the same screenshot. Cassie (the enchanter) never had much of a chance. The swamp defenders being completely magic resistant, the most she could do was drain my mana. Adune (the necro).. well, not sure what he was thinking. He attacked the pets the whole time. 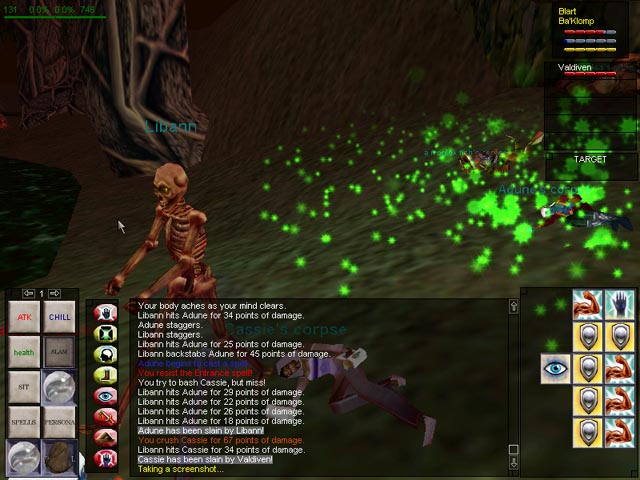 This gator thought he could waltz through the swamp.
Nice try, sucka