The Ranger and The Wizard

These cowboys weren't in the swamp so they could get to Guk, they were here for some good 'ol troll huntin! Yeeeeehaw!

Usually when I have more than one person out to kill me, I head for the zone. But when the fight started off with confidence boosting resists like this:

I decided to stick around and see what DogDog and I could do.

A common mistake wizards and rangers make when chasing trolls in the swamp is to underestimate the heel-nipping power of DogDog. While I swam and trudged through the muck to escape the two hunters, DogDog slowly wore them down. At times they would try and kill my dog, but then I would start to attack and they turned back onto me. Their plan for assassinating me couldn't have been more complex than "get him!". When I quit running and began to charge, the ranger realized how injured he was and decided to make a run for the Guk zone.

Browsing equipment takes time. Luckily Kaelzul couldn't handle my dog either, which gave me enough time to make a good choice (tolan's vambracers of something or other). 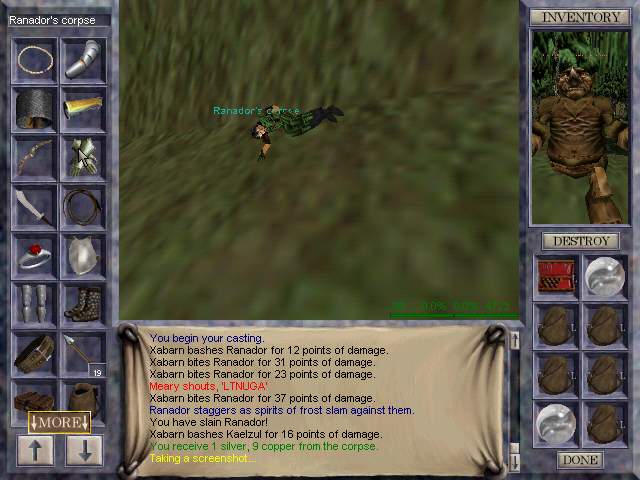 When I finished looting, I looked up to see Kaelzul make a run for the zone. He's the little red spec by the tree, circled for your viewing pleasure. 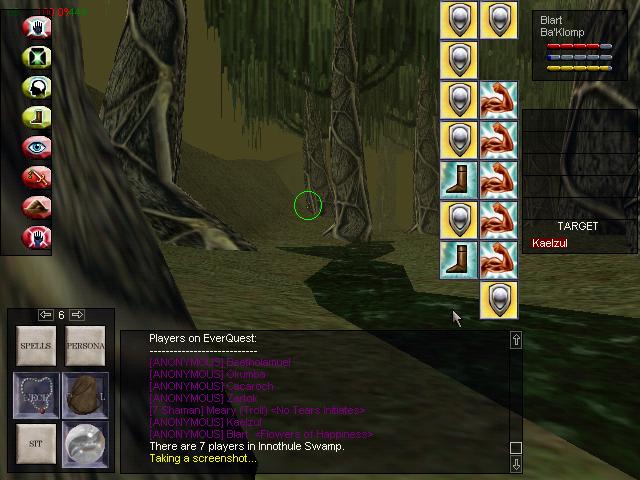 I went to Grobb, sold my used pumices and began to camp. Right when I got to 10 seconds left for the camp, Ranador sent me a tell saying he wanted his sleeves back. He said he would trade for them. After all, he said it was Kaelzul's idea to attack me, and he didn't really think it through (surprise). I was to meet at his corpse, and he promised "no funny stuff" then gave me his word (I buffed up just incase, after all, he's in that nasty guild called Sancti). He offered me either Jaundiced Bone gloves or Jaundiced Bone sleeves for them. I got both. 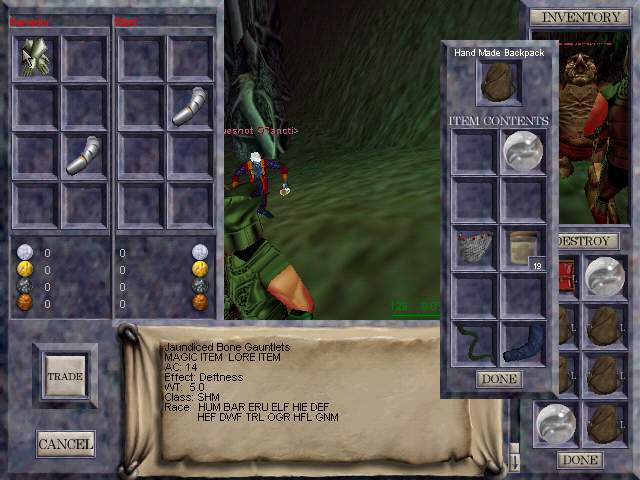 It's pretty akward trading with people who just attacked you, a definite first for me. I think they were both really pissed, but my happiness more than made up for it. The jaundiced bone armor is light yellow, and i'm now 2 pieces closer to becoming a big yellow troll! JOY!