I was taking my monthly bath in the swamp a few days ago when I got a tell from my old buddy Dismenace. This surprised me because Dis retired from Everquest quite some time ago (he is a wise man) claiming that he accomplished everything this game had to offer. I told him about what a sorry state this server is in, I told him about happy flowers, and most importantly I told him about the swamp and it's intruders. Dismenace agreed that maybe there was something left unaccomplished, so he picked up his daggers and headed for the swamp...

Elitek had forgotten where she was bound. After a bad pull in karnors, she hit gate expecting to end up in Fironia Vie. Instead, she gated right into the swamp (and she sounded surprised). 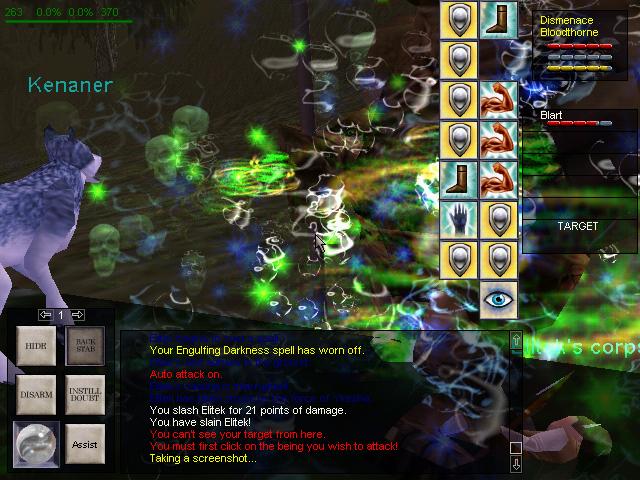 Crudsaderzog is a hardcore anti-pk. Perhaps the hardest of the hardcore. For about 2 hours he hounded us trying to stop our killing spree like he was on some mission from God. Or was God making his own missions. Or maybe a good friend of God filling in for a day or two... or perhaps someone God hired while he's on vacation, like the old lady who waters your plants. That sounds right. We didn't think much of him at first, but then he pulled out his secret weapon: Annoying anti-pk Roleplay! He would shout to the entire swamp "I am as constant as the Northern Star!!" or "Zog is here to purge you Pk'r's!!". Judging from the time inbetween the red spam, it's safe to say he has both phrases hotkeyed. 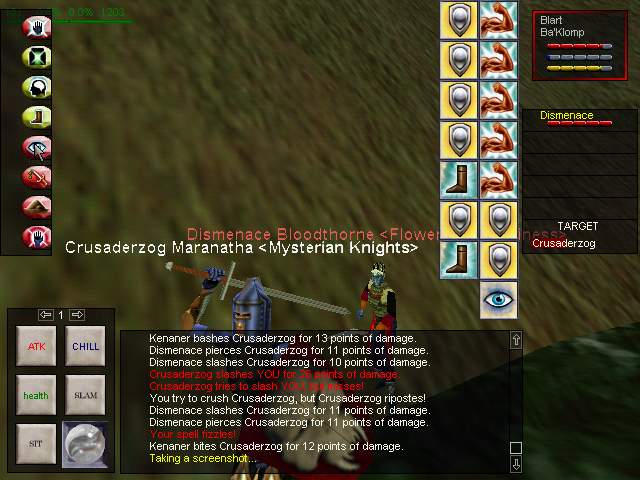 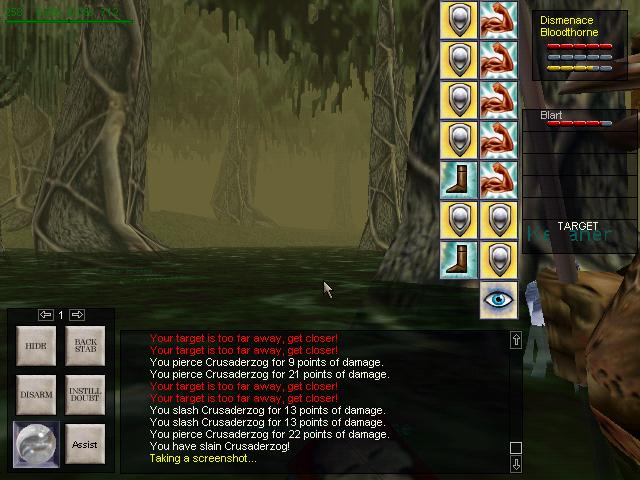 Like all noble paladins, zog enjoys playing to cause grief. He attacks over and over, never once wearing lootable equipment.

When talking to Moorpheus after this kill (which was tough as hell considering the amount of pumice stones he was packing), we found out that he's a friend of a good friend. Dismenace gave him his Crown of the Froglok Kings back... his good deed for the year. 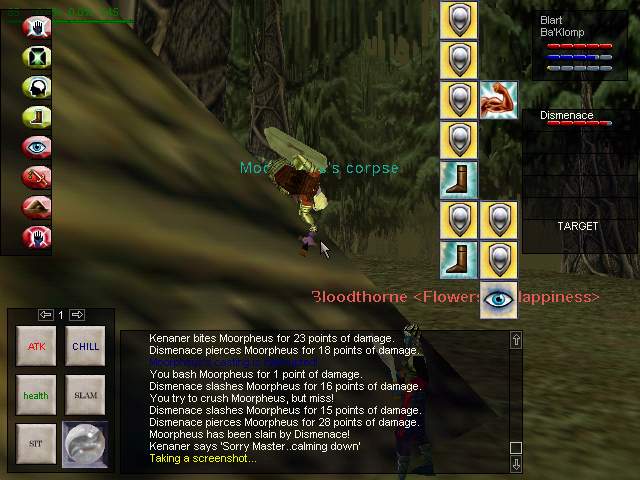 By now word of our presence in the swamp had gotten around, and something crazy happened: Players decided to do something about it! 2 of them in fact, our largest opposition ever!

The Druid and Enchanter VS The Shaman and Rogue

Ok here's the plan dis... kill the enchanter first while that stupid erudite tries to loot 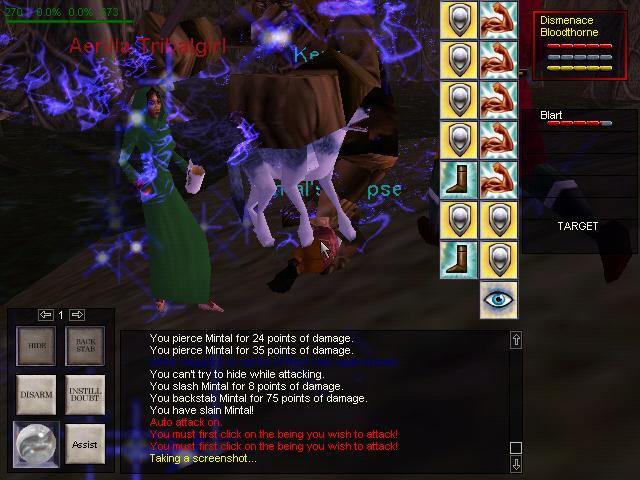 Ding ding! We have a winner! But, as expected, they claim the kills were "unfair". Dismenace and I wore (risked) nice resist equipment, as we had been doing all night. Mintal and Slathe, like most powercamping anti-pk's, were naked except for some no-drop armor.

Dismenace and I were medding from a tough fight when we looked up to see Smitte about 40 yards away. Not doing anything, not going anywhere, just standing and staring at us. We decided to leave him alone. Sure he might be a prick, but both Dismenace and I have been rezzed by the guy before, and we figured that it would be wrong to attack someone who has helped you out (we're the good guys, you see). Smitte continued to just stand and stare at us. I could almost hear the wheels turning in his head... he wanted to attack, but couldn't figure out how to do it and win. Finally, smitte decided to attack us (still not sure why) by rooting the pet, and casting magic based spells on us. Dismenace and I have really good magic resist. Smitte has really good magic resist. That means the fighting will last forever until somebody makes a really stupid mistake... and that mistake would be walking straight into 3 troll guards. 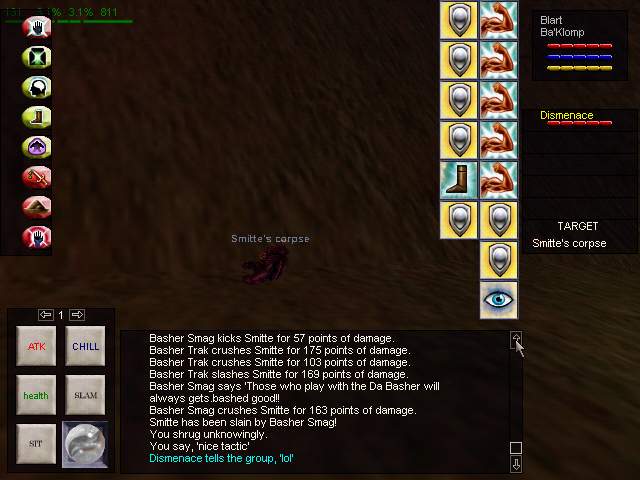