Ok, this one doesn't have much to do with the swamp. Although there is a mixture of water and land, a troll, his dog, and people who don't appear to be speaking "common".. so it's close enough. Whatever the case, marriages are supposed to be a very happy time in Everquest, and I felt it was my duty as a Flower of Happiness to attend. Joy!

The wedding of the two French players was held in Lake Rathe. While I did my best to find it, searching every scenic love spot that my dog and I often...ahem.. "relax" at, the zone proved to be too big and I couldn't find any of them. I did hear the shouts though... why is it that weddings always make me want to ..kill.. err.. cry?

I learned the post wedding party was to be held in the Arena. In this picture I couldn't understand what they were trying to say. One of the words looked like "fat", so I tried starting up a conversation about my weight problem. 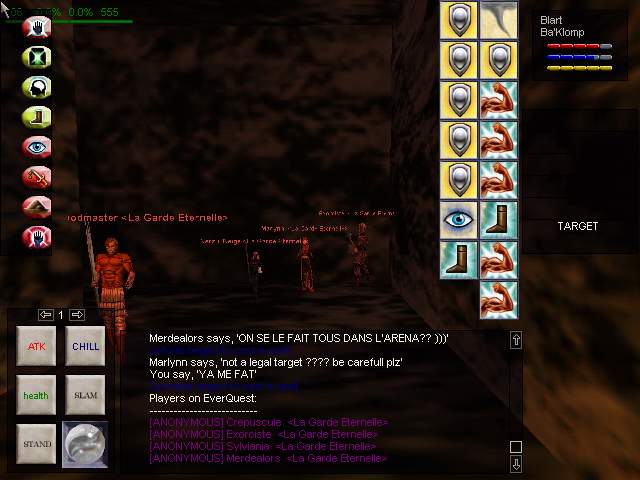 One thing I found about arena fighting was that it took exactly one(1) spell to kill a low level french player. That was entertaining until I ran out of mana. I was forced to leave the Arena perimeter several times to meditate. 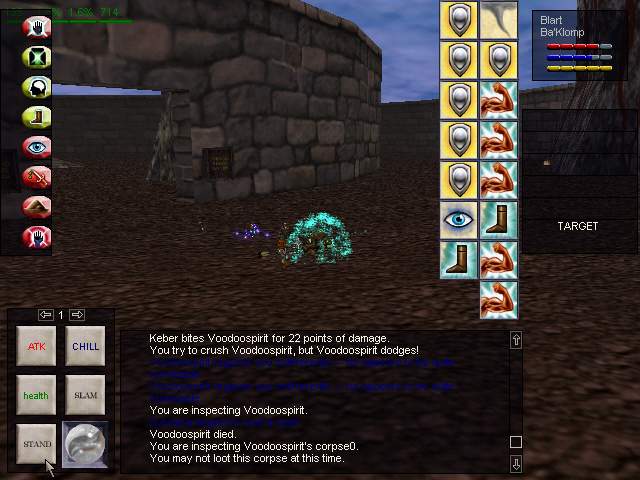 I'm going to take a shot at translating the following screenshot: "Gotrexx come witness one of the most wonderful wedding events ever! A happy flower is here to show us a most fun time! Hooray! Vive le france!"