I woke up from my camp to find my swamp invaded by several Peace of Formosa members. One of them was Plokm (a halfee I think, the worst kind) and I didn't waste any time before attacking. Shortly after the incident several PoF members entered the zone, swarming on me like a whole bunch of... um.... ants that swarm on things. Really big ants. With spells. The following shouts littered the zone:

(Kimola saw through my rock-solid excuse.)

2 or 3 of them chased me around for a bit, a common mistake many powercampers make (you should never follow a troll deep into the swamp)... after a couple minutes and several sharp turns, the odds evened out.

With all his friends lost, I let the lone cleric catch up. 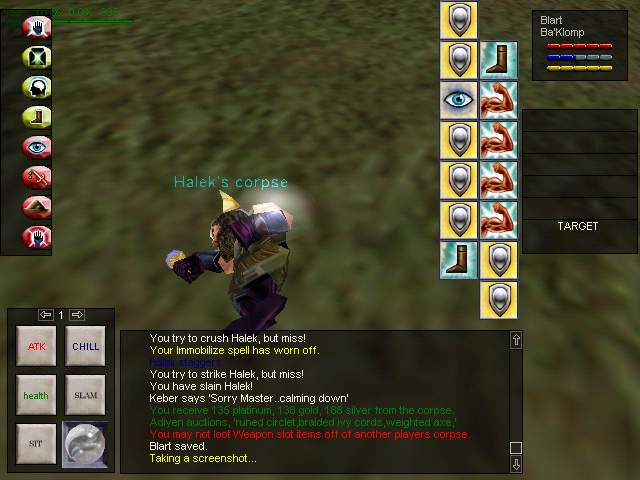